IMUNITINN® MR is food for special medical purposes based on the green tea, good Lactobacillus Rhamnosus bacteria and vitamin D, for nutrition of persons with weakened immunity, in viral infections, mild and moderate symptoms of flu. 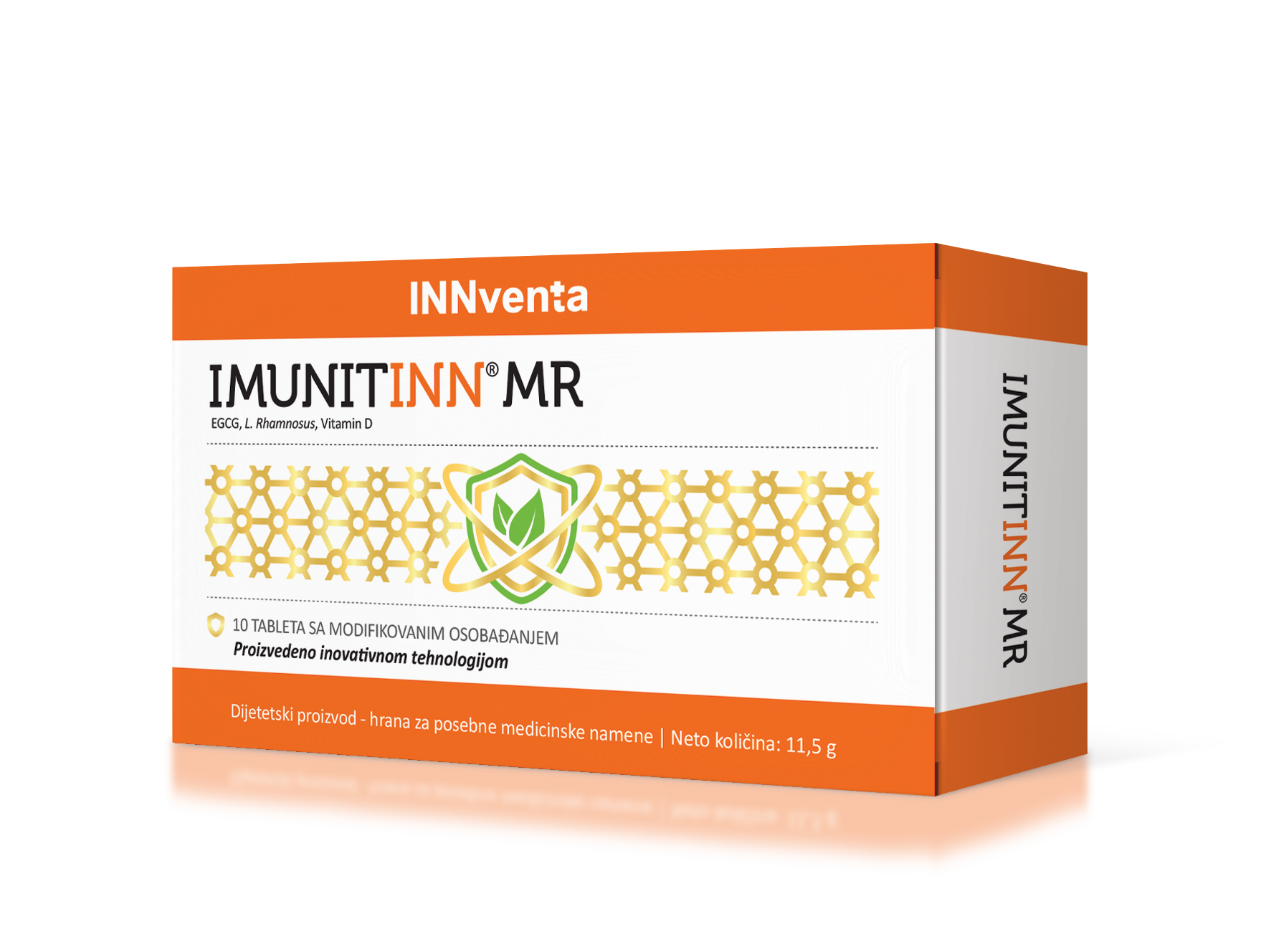 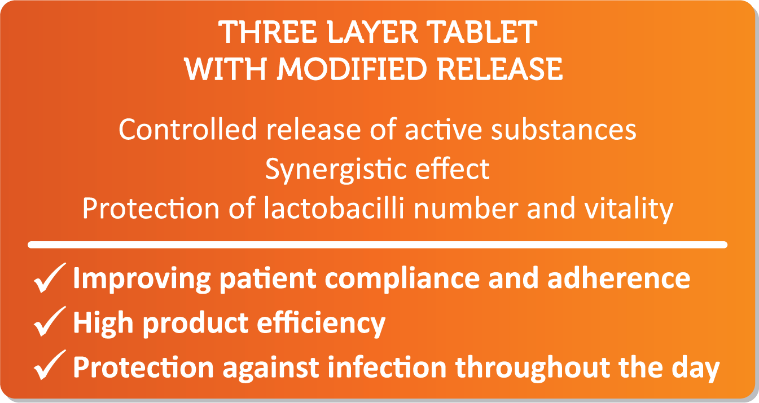 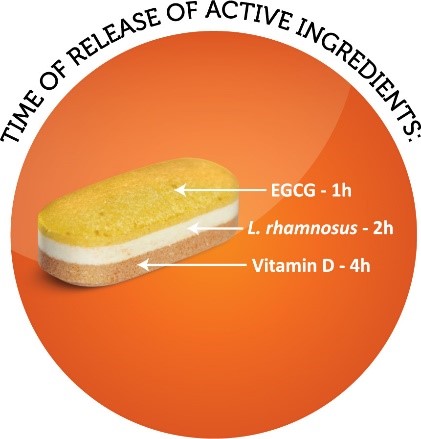 Epigallocatechin gallate (EGCG) belongs to the group of natural polyphenols found in green tea extract and has a strong effect against microorganisms, has an anti-inflammatory action and neutralizes free radicals.

Antimicrobial effect: EGCG prevents the entry of microorganisms (viruses, bacteria and fungi) into the host cell by binding to membrane proteins, which prevents the multiplication of the genetic material of the virus and possible infection of healthy cells. It causes damage to the biofilm of the cell wall of bacteria and fungi preventing the release of bacterial toxins and damage to host cells.

Antioxidant effect: EGCG binds to free oxygen radicals that are generated as a result of the action of microorganisms on the host cell. Free radicals are unpaired oxygen molecules that can damage the structure and function of cells and tissues. Damage to cells is repaired by neutralization of free radicals, ensuring that the tissue in the body performs its functions at an optimal level.

EGCG from green tea leaves prevents, by synergistic effects, the occurrence and development of viral infections, alleviates and eliminates existing flu symptoms, protects against repeated infections by stimulating the activity of the immune system and accelerates recovery after infection.

Close
Epigallocatechin gallate (EGCG) from green tea leaves
Good bacteria Lactobacillus rhamnosus are strains of living microorganisms that improve the balance of intestinal microflora by competing with pathogenic bacteria for nutrients necessary for growth and development.

Good bacteria act on infectious agents by stimulating a non-specific and specific immune response to pathogens, reducing inflammation, they protect the cells from new damages, normalize the lung function during viral inflammation and protect the intestinal system from diarrhea caused by antibiotics.

Vitamin D (cholecalciferol) belongs to the group of liposoluble vitamins with proven biological effects. The main role of vitamin D in the human body is maintenance of the homeostasis of calcium and phosphorus and proper functioning of the musculoskeletal system with numerous beneficial extra-skeletal effects: stimulation of the immune system, anti-inflammatory effect, stopping the growth of tumor cells, regulation of hormone synthesis and protective effect on heart and blood vessels.

Vitamin D reduces the multiplication of viral genetic material, reduces the possibility of infection of surrounding cells thereby alleviating the inflammatory reaction in the lungs and thus reducing the symptoms associated with infection.

For which conditions is IMUNITINN® MR recommended?

What does IMUNITINN® MR contain?

How is IMUNITINN® MR used:

Adults: take one tablet a day, with a glass of water on an empty stomach.